The Possibilities of Mould Making 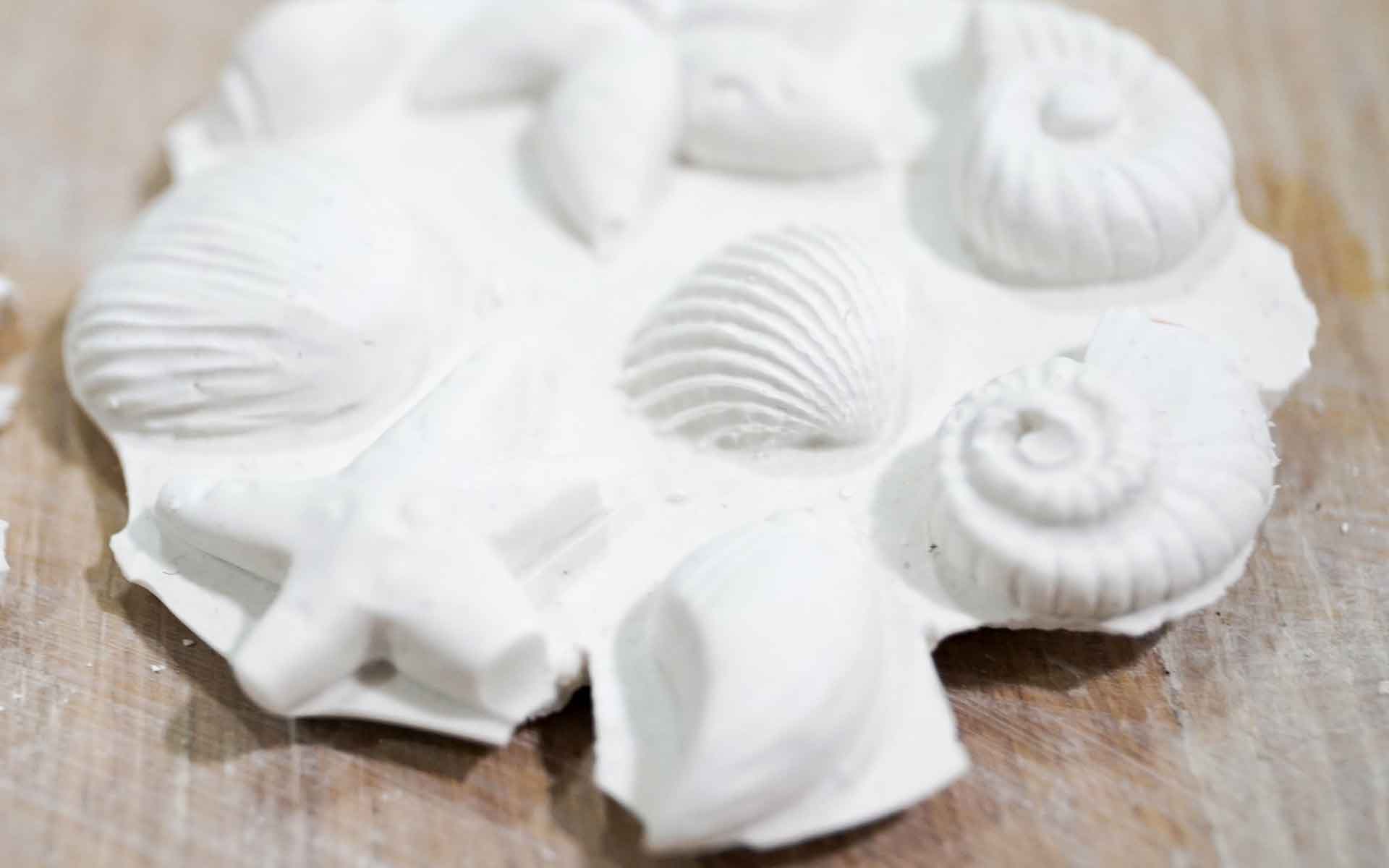 23 Mar The Possibilities of Mould Making

The possibilities of mould making are extraordinary; moulds allow a ceramicist to achieve amazing results outside of their comfort zone and grow their practices and skills as a professional artist.

It’s extremely rare that you would walk into a ceramics studio and find no evidence of plaster, that’s because clay requires the use of plaster to be the best it can be. When we recycle our clay, we use thick slabs of plaster for drying and wedging the clay, which absorbs any excess moisture. On the other hand, plaster is excellent for creating small stamps for signing and decorating our pieces. Most importantly, the use of plaster is the fundamental ingredient for the practise of mould making, and this is where the possibilities are endless. Mould making is often thought of as a huge industrial process, at first, it sounds incredibly complicated, and often discourages artists and ceramicists from discovering its potential. However, the process is not as scary as you may think, and the possibilities of mould making will enable you to develop your artistic path and truly dream bigger! Once you try it yourself, you will be amazed.

Moulds can be as simple as a one-piece plaster mould, where you take an object like a bowl (that can easily be removed from plaster) and cast that dome-like shape. On the other hand, moulds can be as complex and nuanced as you desire, by using a multi-piece mould that comes together like a puzzle. Roughly speaking, the more complicated your form, the more plaster pieces are required to capture the shape and intricacies.

Using a technique called ‘slip casting’, liquid slip is poured into the plaster mould and left for a precise amount of time (somewhere between 10-20 minutes) until the slip loses enough moisture through the plaster to become strong and stable. The excess slip is then poured out of the mould, leaving the form, e.g. a bowl to further harden up until it can be carefully removed from the mould.

The 137° Ceramic Art Studio is hosting a 6-week mould making course starting 10th April for those who have experience in ceramics. Click here to view details about the workshop and book your place for this live changing course.

Here are some of the possibilities of mould making:

It can take years and years of wheel throwing practise before you can make identical ceramic pieces, this process often becomes frustrating and discouraging for ceramicists. When it comes to making a set of identical pieces, for example a tea set, egg cups, dinnerware etc, the process of mould making is going to take the stress off your shoulders. Achieving consistency in your ceramics can help to unify a series and add that touch of professionalism that will make your work stand out.

FormX offers a wide range of materials to try mould making at home, click here to visit their website.

Never ever underestimate the power of experimentation, it is one of the most important processes for any artist; it’s fun, addictive, and you just never know what amazing things you can discover. The great thing about mould making is that it works to create positive and negative formations that can add a variety of textures, depths and meaning to your ceramics. The more we experiment with casting objects, the more confident we become about casting almost anything. At 137° Ceramic Art Studio, we like to introduce our mould making students to cast every day objects, such as fruits and vegetables, which are perfect for capturing organic and natural forms on a minuscule scale. The results are captivating and give our students the inspiration and confidence to experiment with a whole variety of objects. Many artists also add coloured slips to the inside of plaster moulds, which can then transfer a design or pattern directly onto the clay piece. Once the moulded clay is removed from the plaster, the artist can then further customise the piece in any way they want to, which allows for a degree of personalisation and uniqueness.

Artist Zhekai Zhang is known for his amazing moulded tea set using fabric to emphasise a sense of ‘handcrafted imperfection’.

Mould making is a brilliant way for ceramic entrepreneurs to mass produce their pieces on a small to large scale. Ceramicists who run businesses will understand the pressure of keeping up with order demands and by having multiple moulds of the same form, you will be able to save time and produce far more pieces than you could by wheel throwing or hand building. By speeding up the time it takes to create batches, this enables ceramicists to free up some of their time to dedicate to other areas of their business, whether that’s for social media, marketing or purely time to experiment and have fun.

The possibilities of mould making are beautiful and intimate. Much like other art forms, such as photography and painting, mould making allows artists to preserve something that they know is inevitable to change over time. By using a skin safe material like alginate, you are able to cast parts of your body, such as a child’s feet, a couple’s hands, or a pregnant woman’s stomach. This safe material truly allows us to mould anything we desire, with adding care, safety and delicacy. Pieces such as this are often created in mind as one-off pieces, their uniqueness adds to their beauty and ephemeral nature that can be viewed as an artwork. The art of preservation is less about functionality and every-day usage, but more of a way to solidify a memory and keep its original, perfect condition intact forever.

By embracing the possibilities of mould making, artists step out of their comfort zone which always results in personal and artistic growth. By adopting new processes and methods, we inevitably learn more and more about our chosen materials and practise as a whole. I’ve always found that learning new practises opens you up to new ideas and possibilities. Suddenly, when you discover how mould making works, you will no longer set barriers and obstacles for yourself, and you’ll rarely use the word ‘impossible’. Once you’ve mastered the art of mould making, you will be fluent in a language that has infinite value and potential. Mould making is not a limiting process, it is also incredibly liberating and freeing.