Female Ceramicists to be inspired by 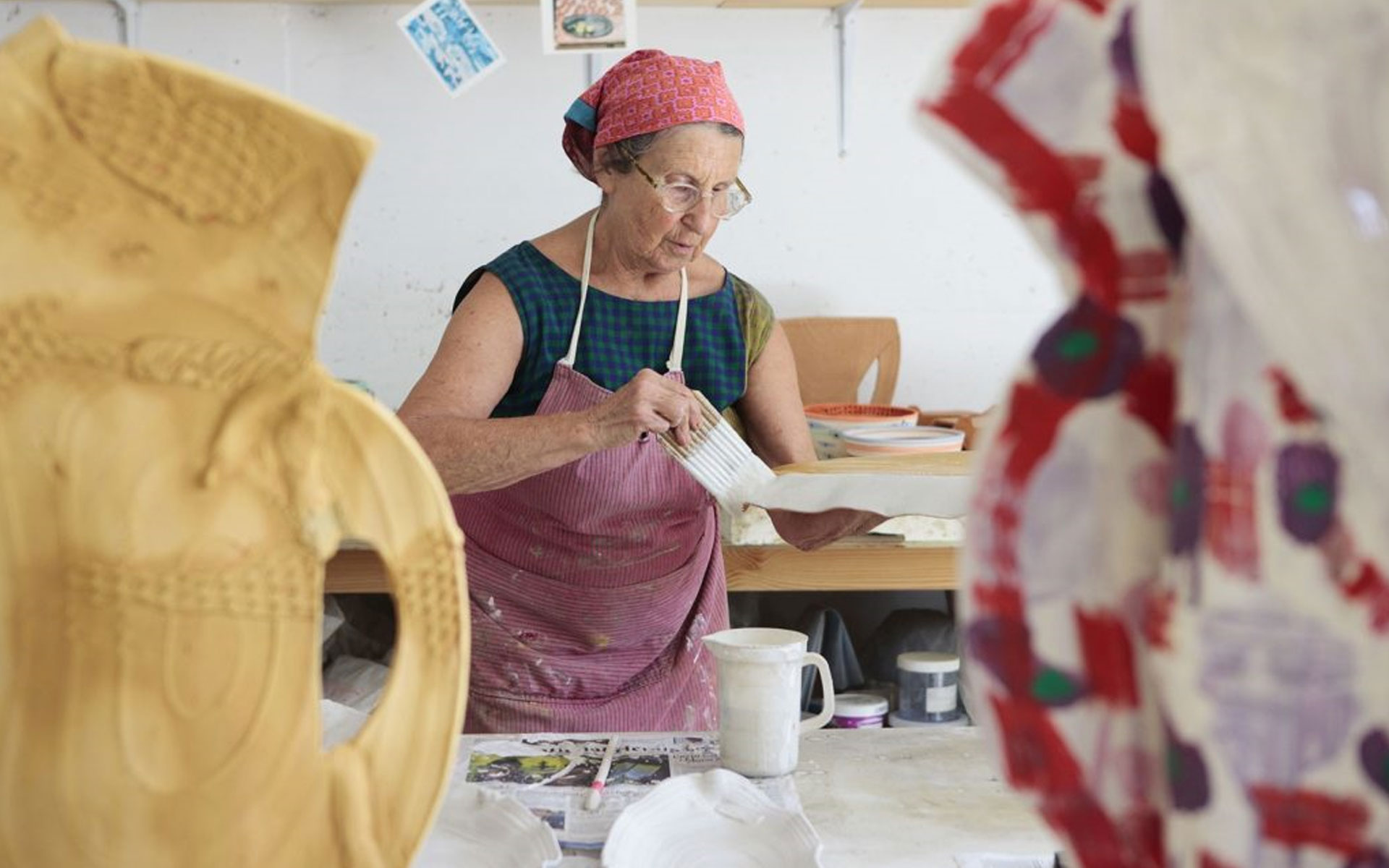 26 Feb Female Ceramicists to be inspired by

Female Ceramicists to be inspired by

The community of female ceramicists and artists is always growing, however the art world has been representing male artists 87% vs 13% female, and in the past, these figures were even more unbalanced. This statistic, along with many others found online at National Museum of Women in the Arts (NMWA), inform us that, although women make up 45.8% of artists in the US, they are disproportionately represented when it comes to art fairs, galleries and museums worldwide. This article explores three female ceramicists of the 20th century who still inspire modern artists today to fight for their creative expression and to have their voices heard.

If you are interested in discovering more female artists, take a look at the book and series Forgotten Women: The Artists by Zing Tsjeng, this inspiring compilation of stories throughout art history, highlights influential and talented women who deserve recognition for their achievements.

137° Ceramic Art Studio offers a busy schedule of ongoing weekly ceramics classes as well as regular intensive workshops. Visit our course calendar to discover the best option for you.

The South-African ceramicist and sculptor, Bonnie Ntshalintshali, grew up in a rural town of Winterton-Natal. As a child, she fought off polio which left her with a disfigured foot. At the age of 18, after graduating from high-school, she began picking tomatoes for a job, though this was slightly hindered by her disability.

When Bonnie met the Zimbabwean ceramicist Fée Halsted, her career path dramatically changed, for the better. Fée opened her own art studio, Ardmore Ceramics, she then began looking for apprentices at her studio and she came in contact with Janet, Bonnie’s mother who introduced the two together. These two female ceramicists grew the studio until there were over a hundred local students learning the craft from beginners to experienced potters. Bonnie and Fée used commercial plaster moulds to create decorative objects to sell to tourists, however, after little time, Bonnie’s own style began to emerge from sculpting figures in clay, firing at 1200°C and decorating her work with vibrant colours and patterns. She was inspired to tell stories from her Christian upbringing, Zulu traditions and life on a farm with a meticulous attention to detail.

Bonnie and Fée were jointly awarded the Standard Bank Young Artist Award for Fine Art, a prestigious award which had never before been given to a black artist or pair. In 1993, the Venice Biennale gave South Africa the opportunity to exhibit, after a longstanding cultural boycott of South Africa’s apartheid regime. Two of Bonnie’s sculptures were featured.

When the Bonnie Ntshalintshali Museum was founded in 2003, it became the first museum in South Africa named for a black woman artist.

Dame Lucie Rie was an Austrian-born studio potter famously known for her functional ceramics, particularly bowls, vases, bottles and buttons. Rie taught at the Camberwell School of Art in London from 1960-1971, of which she was awarded the title of Dame Commander. Her influences included modernism, japonism and neoclassicism.

She studied pottery at Kunstgewerbeschule arts and crafts school in Vienna and set up her own studio in 1925. In 1937 she was awarded the Silver Medal at the Paris International Exhibition, and a year later she fled from Nazi Austria to England and settled in London. Her Austrian friend and industrialist Fritz Lampl, needed help with the button production – due to rationing during the war, buttons were exempted and the sale of them was very few. Throughout and after the war, Rie continued to work in the field of ceramics, making ceramic buttons and jewellery for fashion outlets such as Harrods and Liberty, to make enough money to keep her studio running. Lucie was able to hire as many as 18 assistants, some of which were refugees, in her studio, in which they made up to 6,000 buttons every month.

During this time, Lucie experimented widely with colours, forms and designs for her buttons, as her process became more and more playful and liberal, ranging from abstract and figurative forms including knots, flowers and shells. However, when the war ended, Rie’s focus returned to functional ceramics where she could explore her fascination for glazes.

Rie worked in the same studio for 50 years, it was reconstructed in the Victoria and Albert Museum’s ceramics gallery in 2009.

Betty Woodman is an American ceramicist recognized as one of the most important creative influences of post-war American art. Woodman studied at the School for American Craftsmen at Alfred University in New York from 1948-1950.

Woodman’s ceramics are infectiously joyous and uplifting, her visual vocabulary is fun, energetic and captures abstraction and functionality in an intriguing way. She is known for her vessels hidden within abstract forms that are brightly decorated. Woodman’s influences varied from Egyptian art, Etruscan and Greek sculpture, and Italian Baroque architecture. Woodman wasn’t a stranger to colour, she chose bold, vivid hues, indicative of her love for Picasso, Matisse and Bonnard.

Woodman exhibited her painting skills on expansive ceramic installations that explore colour, shape, pattern and negative space in a number of prestigious galleries in New York, London, Rome, Amsterdam and many others.

Woodman wasn’t only a creator of ceramics, as her career progressed, her vision extended towards textiles, painting and other mediums that became a fine body of work which was instantly recognizable as her own.